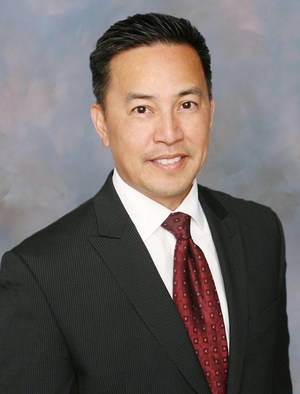 Mendoza, who has served as interim superintendent since September 2015, previously held posts as the District’s associate superintendent, senior director of student achievement, director of extended educational programs and coordinator of early childhood education.

“Mr. Mendoza is the right choice for Baldwin Park Unified,” Board President Christina Lucero said. “He creates teams that play to people’s strengths and unify everyone behind our goal to provide the highest-quality education for our students.”

Lucero said the Board decided not to conduct a search to fill the post after observing Mendoza over the last five months.

“When you see somebody who has the talent to do the job, someone who knows the community and who respects the community, the students and their team, there’s no reason to look outside,” Lucero said.

Lucero said Mendoza’s inclusive and collaborative approach is evident by his first request to board members: that they publicly announce their expectations for him during an upcoming board meeting so the community can join in holding him accountable.

Mendoza holds a Master of Arts in Educational Administration from California State University, Los Angeles, and is studying for his doctorate at USC. He began teaching as a substitute in the Jurupa Unified School District in 1990. He later worked as a counselor, assistant principal and principal level coordinator for the Los Angeles County Office of Education. He joined Baldwin Park Unified in 2000.

“This is a wonderful opportunity,” Mendoza said. “For 16 years, I’ve had the privilege of working with talented and dedicated educators. I look forward to drawing on their strengths as we ensure Baldwin Park Unified continues to provide our students with the tools they need to be successful both here and in their college and career endeavors.”

Mendoza said he looks forward to collaborating with community members, students, teachers and staff in developing the District’s new Local Control and Accountability Plan, establishing additional career education paths with the aid of a $1.8 million, three-year grant; as well as setting goals for school technology.

Mendoza said he will begin meeting with community members, staff and other District stakeholders to learn what they believe is necessary to generate continued success for the students of Baldwin Park Unified.

This year, the District hopes to receive as many as seven Gold Ribbon awards for its elementary programs, as well as a Seal of Excellence from the California Association of Bilingual Education for its dual-language program at Walnut Elementary School.

Established in 1995, the popular District Spanish/English program is one of California’s oldest and most respected. The immersion program continues at several elementary schools, middle schools, at Baldwin Park High School and, in 2016-17, will be expanded to include Sierra Vista High School.

“We have a lot of amazing programs,” Lucero said. “That will only continue to grow under Mr. Mendoza’s leadership.”