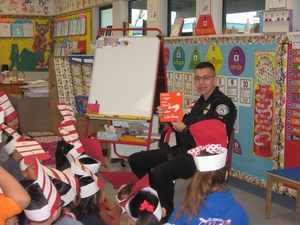 Santa Fe School – which spans grades three through eight – and Kenmore Elementary School were named Star Schools, a category honoring higher-performing schools that have a third or more students from high-poverty households.

This is Santa Fe’s seventh consecutive time on the list, which debuted in 2008, and Kenmore’s third appearance. Ten Baldwin Park Unified campuses have been listed a combined 25 times on the Honor Roll, with at least one school recognized every year since 2010.

“We are extraordinarily proud of this accomplishment by Santa Fe and Kenmore schools,” Superintendent Froilan N. Mendoza said. “The Honor Roll sends out a message to our community that Baldwin Park Unified schools are succeeding in our essential mission of preparing students for college and careers.”

The Honor Roll, released on April 17, is designed to shine a light on bright spots in education by identifying schools that generate strong student outcomes and provide a model of best practices which other schools can replicate.

The Honor Roll is created for CBEE by the Educational Results Partnership (ERP), which analyzes 12 measures taken from California Department of Education data, including performance on state math, English language arts and science standardized tests.