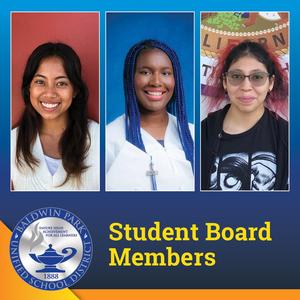 Baldwin Park Unified introduced Baldwin Park High School senior Silence Jackson as the school’s student board member for the 2022-23 school year during a Board of Education meeting on Nov. 8.

Jackson attended Vineland Elementary and Jones Middle before transitioning to Baldwin Park High School. At BPHS, Jackson serves as the president of the school’s chapter of the National Honor Society, is a student representative for Western Association of Schools and Colleges and a Pomona Academic Youth Scholar.

“My goal as a student board member is to bring my insight to the discussion since I am an active student at my high school,” Jackson said.

Jackson, an avid tennis player since the age of seven, has played on the Braves varsity tennis team for the last four years. She currently serves as captain of the tennis team.

Jackson is also on the track and field team, which she has been on since her freshman year. She is a member of multiple student clubs on campus, including the Chinese Culture Club, NAMI, Sports Medicine and the Humanitarian Club.

After graduation, she plans to study either nursing or public health and communications.

Her role model is her mom, who always pushes her to do her best in everything she chooses to do. Jackson’s mom, Dionne Jackson is an ELA and AVID teacher at BP STEM Academy.

Jackson replaced BPHS senior Nautica Macias, who stepped down due to a schedule conflict, as the BPHS representative.