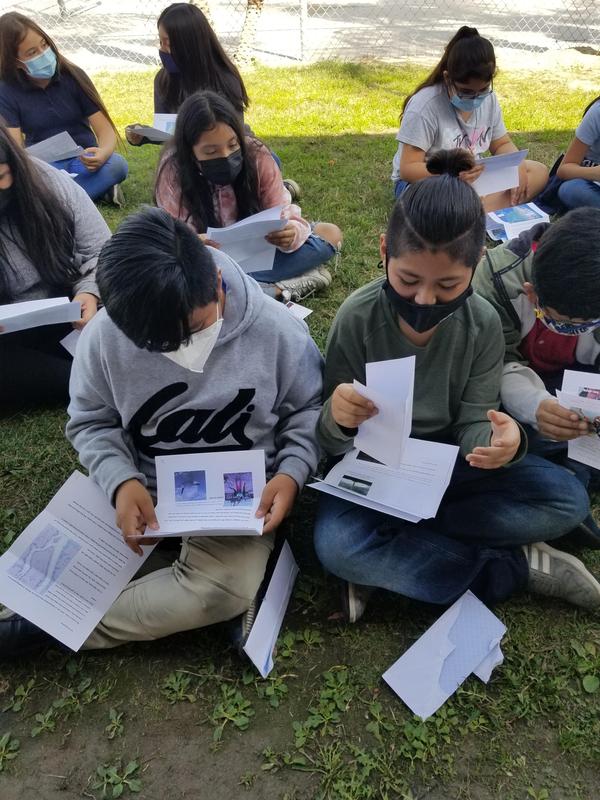 Tracy Elementary fifth-graders are learning about careers in science, technology, engineering and mathematics through the Letters to a Pre-Scientist program.

Tracy Elementary School fifth-graders are happily receiving letters from archeologists and aerospace engineers through Letters to a Pre-Scientist, a program that connects students with pen pals who are scientists.

Tracy Elementary fifth-grade teacher Annette Licata introduced Letters to a Pre-Scientist to encourage her students to interact with scientists. Since adopting the nationwide project in her classroom, Licata’s students have learned to see themselves as future science, technology, engineering and mathematics (STEM) professionals.

“I have been involved in Letters to a Pre-Scientist for three years and every year I see students become more interested in STEM careers,” Licata said. “They are learning about STEM jobs that they never knew existed and they are more excited about science.”

Letters to a Pre-Scientist is a volunteer organization that connects students in low-income communities with a global network of STEM professionals. At the beginning of the school year, students are matched with STEM professionals whose fields of study relate to their interests.

Pen pals exchange letters every six to eight weeks, with scientists sharing stories about college, their careers and the obstacles they have overcome. One student discovered that their pen pal builds spaceships, while others received educational goodies like petrified wood and fossils.

“It is important that my students see themselves as scientists,” Licata said. “By broadening their awareness of STEM professions and the diversity of people who work in these fields, my students are inspired to explore a future in STEM for themselves.”

Fifth-graders from Tracy Elementary School eagerly open letters from archeologists and aerospace engineers through the Letters to a Pre-Scientist program.